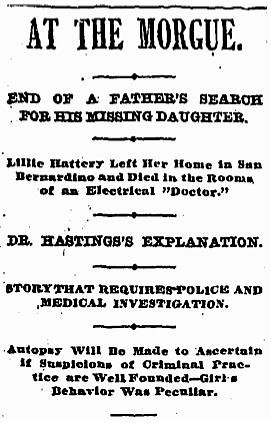 “
“The girl was thirsty and wanted ice water constantly.  She wouldn’t eat much, and vomited black stuff.  She was in a great deal of pain on her left side and her abdomen.”  So ended the short life of Lillie Hattery, age 22, on February 5th, 1897, in the clinic of “Dr.” Calvin S. Hastings, Medical Electrician, according to testimony presented at his murder trial. 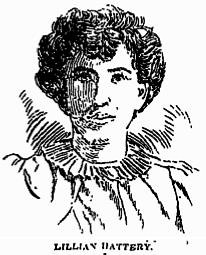 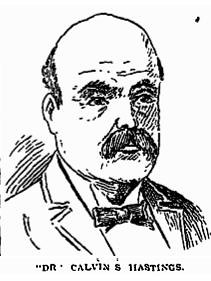 When Lillie Hattery came from San Bernardino to visit her sister in Los Angeles in late January, she arrived with the names of people rumored to perform “criminal operations.”  “Dr.” Hastings, who practiced without the benefit of a medical license, was third on the list.  According to testimony at the trial, Lillie paid $200 for Hastings’ services, which included multiple applications of electrical current to the back and abdomen, as well as a surgical procedure, which resulted in copious blood loss by the patient.  Lillie suffered from fever, convulsions, and severe pain for a week, during which Hastings treated her solely with electrical stimulation. Two licensed medical doctors examined Lillie’s body after it had been delivered to the morgue, and determined that the cause of death was septicemia due to blood poisoning.  They also determined that she had been pregnant and undergone an attempted abortion. 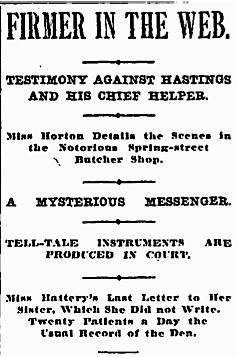 At his trial, Hastings testified that Lillie Hattery suffered from an injured ankle, which he treated with electrical stimulation.  He claimed that she appeared in good health until the very last moment before she succumbed to what he assumed must have been an internal abnormality such as a diseased heart or some other affliction.  Although the prosecution presented evidence of perjury and intimidation of witnesses on the part of both Hastings and his nurse, along with surgical instruments found in Hastings’ offices that were commonly used for abortion procedures, as well as closed court testimony from a young woman who had recently undergone the criminal operation in Hastings’ care and had almost died, the jury still found Hastings innocent in the death of Lillie Hattery.

Hastings was even able to post bond during the trial, thanks to the generosity of a female admirer, and re-located his Medical Electrician clinic for business down the street in the Hammond Block at 120 1/2 South Spring.  Hastings’ Medical Electrician Clinic’s Grand Opening so provoked a dentist in residence there that the man came to blows with the rental agent, and promptly moved out of the disgraced office building, where, he claimed, no decent woman would now darken a door. 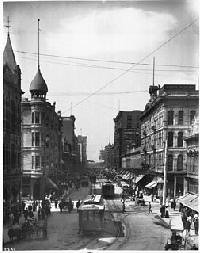 After his acquittal, Hastings married the woman who posted his bond.  In later years she turns up as one of the many sufferers who find miraculous relief at the hands of the great healer, Rama, of the Rama Institute at 305 ½ South Spring Streets, Los Angeles. One can only wonder why Mrs. Hastings’ own husband was unable to heal her deafness with his electrical stimulation.