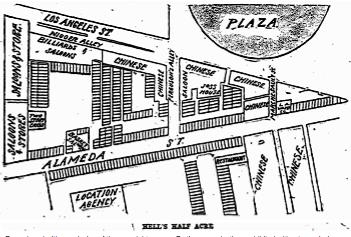 They weren’t pretty but they sure were cheap, and easy to find. All an Angeleno had to do to ease his itch before the turn of the century in LA (or maybe pick up another one) was head downtown to Alameda and Ferguson Alley to an area known as the Cribs.  There, in the tenderloin, you’d find a rookery of one-story shacks divided into even smaller compartments, called cribs, which were rented to “fallen women” of all nationalities for $1.50 to $3.00 a night.

At least that was the case until February 1st, 1902, when the Cribs underwent a sudden transformation.  At dawn carpenters and sign painters invaded the district, and by the end of the day the Cribs were reinvented as “cigar stores” and “dressmakers,” where the likes of “Frankie” and “Louise” and “Georgie” would sell “Gents Neckwear” and do “Corset Stitching,” “Feather Curling,” and “Fancy Work.” 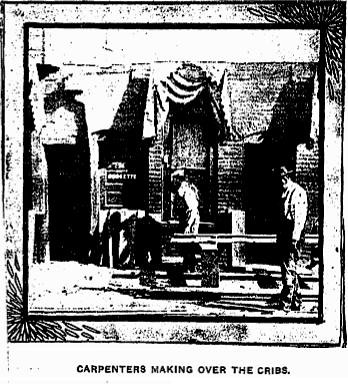 The ploy, designed to skirt the most recent in a series of crackdowns on vice in the crib quarter, didn’t hold up for long.  On February 5th, police raided Cribtown and arrested 17 women for vagrancy.  The patrol car only had room for 13 prisoners, so the remaining four were led on foot to the police station, followed by a crowd of saloon bums and macquereaux (pimps, or macks). 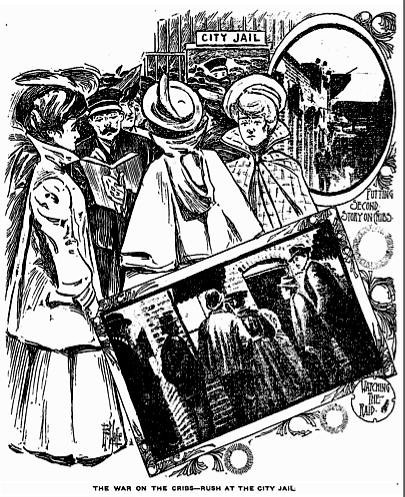 Chaos ensued in the station, where the booking desk sergeant struggled to record the incomprehensible names of the French and Belgian prisoners.  The majority of the women were released on bail before nightfall, put up by the main landlords of the cribs, who shelled out nearly 4 thousand dollars for their return.  A few months after this bust, the crib district finally went dark when the police, clergy, the Salvation Army, and women crusaders allied to shut down the saloons that anchored the neighborhood. 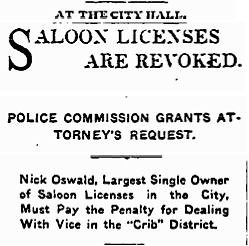