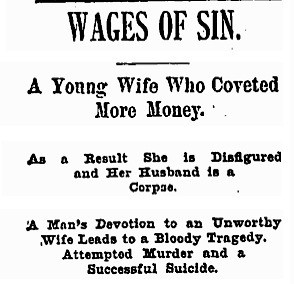 That headline pretty much covers the whole story; just another night in a boardinghouse in SRO land.

In the spring of 1895, Charles Stanley was working as a cook at the Glenwood Hotel, Riverside, where he met a pretty young waitress, Bessie Bradley. Within a month they were married, had found new jobs in downtown Los Angeles, and taken rooms at 132 1/2 South Broadway.  But conjugal bliss did not ensue.  Bessie was said to have married Charles in a fit of pique after she was jilted by another man.  By autumn, she and her fried, Mamie Fleming, a fellow waitress at the Cosmopolitan Restaurant, began spending time with two traveling salesmen who took their meals there, Charles G. Smith, and Alfred Cleveland.

Bessie Stanley (nee Bradley) soon informed her husband that she was leaving him because he could not support her adequately on the $7 a week he made as a cook at the Geneva restaurant, and that she had taken a job, at Mr. Smith’s urging, as a milliner on Spring street.  She promptly moved out of their lodgings and went to room with Miss Fleming at the Albermarle boarding house on Spring street. 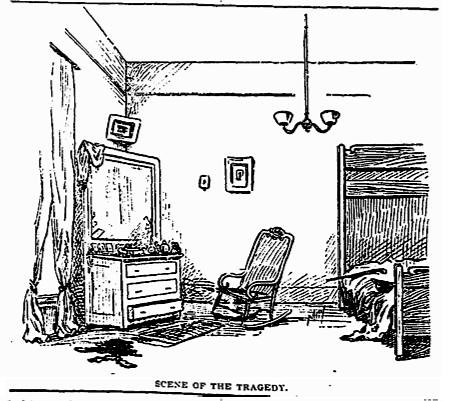 Charles contrived to meet with Bessie at the Cosmopolitan as often as he could, to plead with her to reconcile, but she refused.  When he followed her one night he saw her new beau, Smith, accompany her back to her rooms, at which point he went to the police to solicit their help in compelling her to return to him.  The police declined to get involved.

A few days later, Charles visited his wife to once again entreat her to come back to him.  She replied that it was impossible, she could do better.  He then asked Miss Fleming, who was present, to leave them alone.  Miss Fleming testified later that both she and Bessie were afraid, but she finally left the room on the condition that Charles promised to do his wife no harm.  But seconds after she closed the door, shots rang out. She flung it open, only to see Bessie sprawled on the bed, blood pouring from a wound on her head, and Charles on the floor, a bullet hole in each temple, and the bullet itself imbedded in the fingers of his left hand, which he must have pressed to his brow before he pulled the trigger. 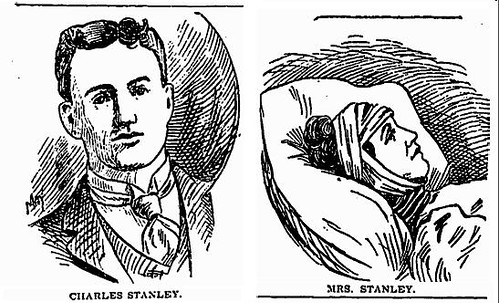 Bessie recovered fully from her wound, and returned to her family home in Fresno. Four years after this tragic affair, the wife of Charles G. Smith sued for divorce in New York. The story of Charles Stanley and Bessie Bradley featured prominently in the court proceedings, providing fodder for the New York papers for weeks.