Ex-convict Ray Davis, 31, was seated at the counter of a café at 456 South Main Street, when he realized that the napkins were just out of reach. He asked the man next to him, Bob Sahagain, a 21 year old Sioux, to please pass him a napkin. Bob chuckled, saying “I can’t”, then turned away from Ray to continue his conversation with a friend.

Ray thought that Bob was being rude and asked him once again to hand over a napkin. Bob turned to him, laughed, and repeated that he couldn’t do it. Maybe it was a case of diner rage, or perhaps Ray was flashing back to his prison days, taking his meals in a crowded mess hall, where manners were an artifact of a society too far removed. Whether they were past, or present, the demons in Ray’s head prompted him to pull out a .25 caliber pistol and shoot the young man in the back. 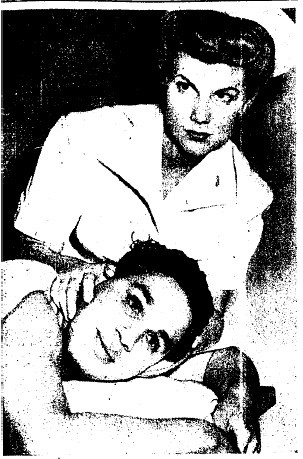 What Ray had failed to notice about Bob was that he was totally blind – he had two glass eyes! The patrons of the café decided that if anyone needed to be taught a lesson about etiquette, it was Ray. Surely shooting someone at the dining counter of an SRO Land café could be considered the height of bad manners. A small mob formed immediately following the gun play. Ray was soon disarmed and the patrons began to beat him, breaking his jaw. They continued to beat him until the cops arrived and ended the confrontation.

Bob was reported to be in fair condition at General Hospital.Ray was booked at Central Jail on suspicion of assault with a deadly weapon with intent to commit murder.

I think I’ll have dinner at home tonight.